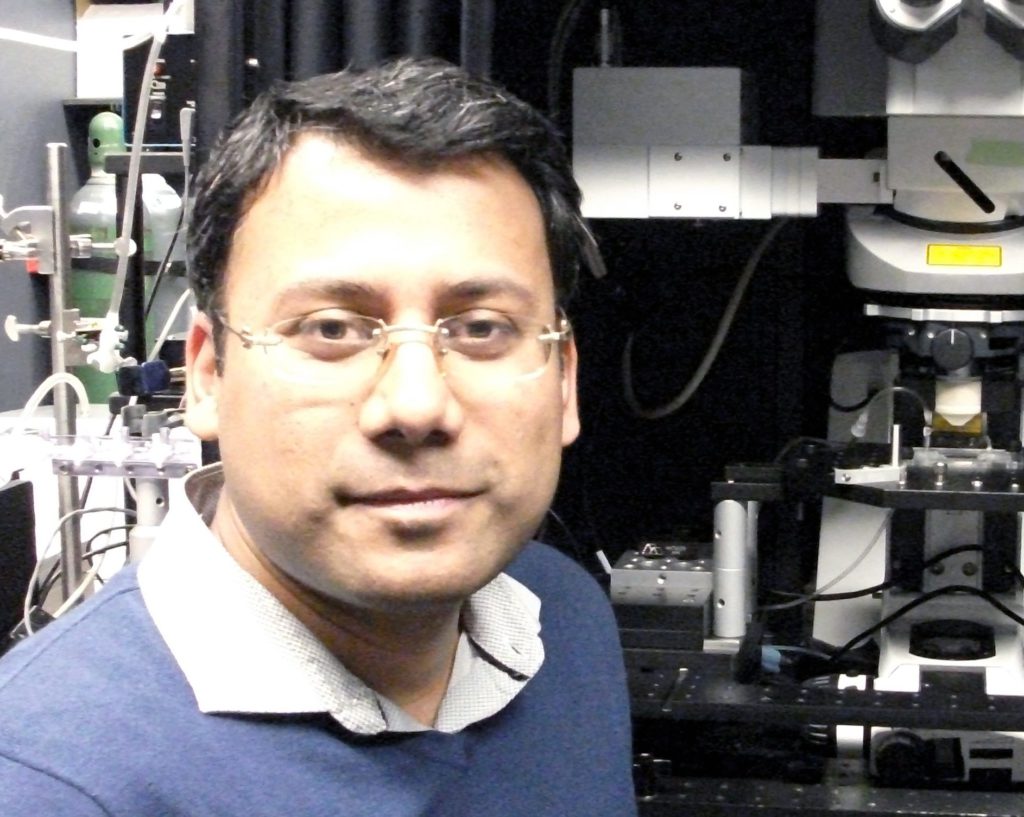 Our brain is the most networked organ in the entire body and consists of two equal populations of broadly classified groups of cells called neurons and glia. A single neuron or a glia (such as astrocyte) makes thousands of synaptic contacts, and thereby exhibit the highest level of cellular connectivity known to us. However, very little is known about the molecular and cellular mechanisms by which neurons and glia interconnect, and how these intricate connections are maintained and fine-tuned over our entire lifespan? This can be partly attributed to the fact that unlike neurons, glial cells do not exhibit electrical excitability, and the widely used electrophysiological methods to probe the connectivity of neurons are not ideal for studying glia. But, glial cells show a distinct form of “excitability” based on variation in intracellular calcium ion (Ca2+) concentrations. Although glial Ca2+ transients were discovered more than two decades ago, the mechanisms that generate these transients and their function in the brain remain a mystery.

Recent advancements in genetically encoded ions and molecular sensors, optophysiology and in vivo microscopic techniques, single-cell genetics, mouse transgenics, and computational methodologies are changing the landscape of glial biology. The Agarwal laboratory uses these tools and technologies to decipher cellular connectivity and molecular pathways by which neurons and glia interact, interconnect and integrate into the neural networks. The focal aim of the laboratory is to understand the functional significance of these neuron-glia connections in the neural circuits, and their role in cognition, learning, and memory; and study how disturbances in these fine cellular interactions can contribute to various neurological and psychiatric disorders ranging from multiple sclerosis to autism.