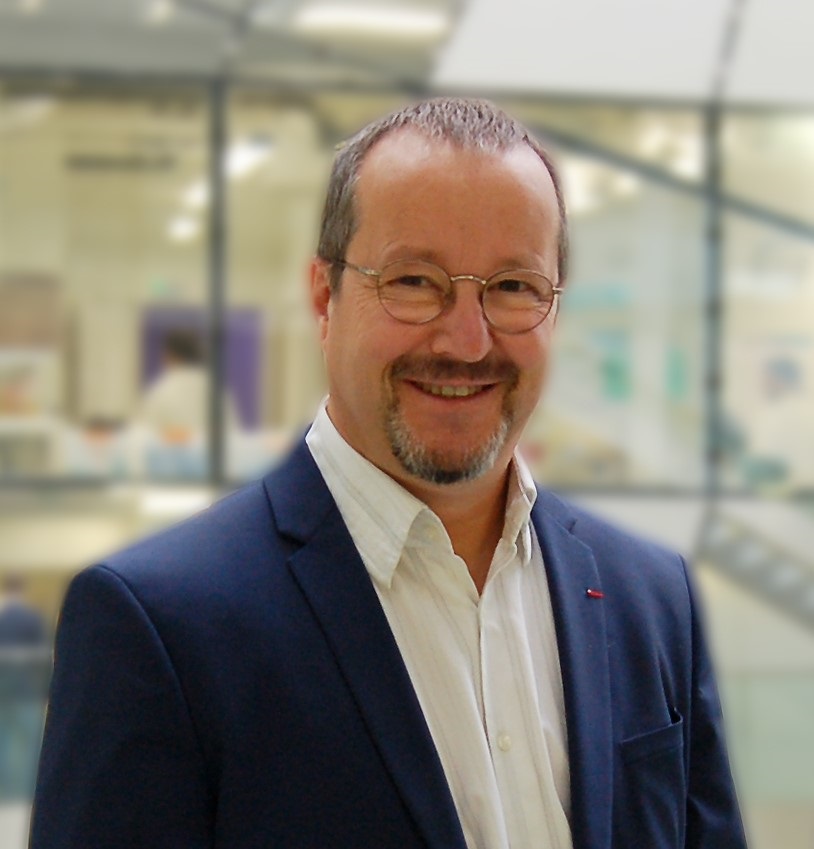 Dr. Daniel Choquet is a tenure research director at the Centre Nationale de la Recherche Scientifique (CNRS), the head of the Institute of Interdisciplinary Neuroscience and of the Bordeaux Imaging Center core facility, and the director of the Center of Excellence BRAIN (Bordeaux Region Aquitaine Initiative for Neuroscience). His team combines neuroscience, physics, and chemistry in order to unravel the dynamics of multimolecular complexes and their role in synaptic transmission.

Dr. Choquet launched an interdisciplinary program on the use of high resolution imaging to study the trafficking of neurotransmitter receptors in neural cells. This may betray his affinity to scientific diversity. Indeed, Dr. Choquet has a colourful scientific background, with his formal training in engineering from École Centrale in Paris. He then inched towards biology and studied ion channels in lymphocytes during his PhD training with Dr. Henri Korn at the Pasteur Institute.

His main scientific achievement has been the finding that neurotransmitter receptors are in constant movement in the neuronal membrane and that regulation of this trafficking profoundly regulates synaptic transmission. These findings have changed the classical view of the synapse. During a sabbatical, he worked with Dr. Michael Sheetz at Duke University. There, he studied the regulation of integrin-cytoskeletal linkage by force and demonstrated that cells can sense and respond to extracellular traction.

Over the years, his work has been recognized through distinctions such as the 1990 Bronze Medal CNRS, the Research prize from the Fondation pour la Recherche Médicale (FRM), the Grand Prix from the French Academy of Sciences Prix du CEA, the 2009 Silver Medal CNRS, and the chevalier de la légion d’honneur 2016. In addition, he is a member of the Institut de France (or the French Science Academy). Dr. Choquet is also a recipient of 3 successive ERC advanced grants.