The development of direction selectivity in the retina 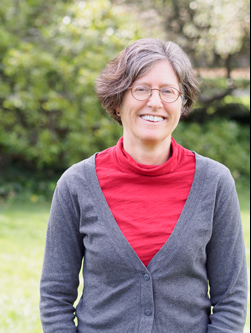 Dr. Marla Feller’s background covers a wide range of scientific disciplines. A physicist by training, she completed her PhD at the University of California, Berkley (UC Berkley) studying surfaces and liquid crystal interfaces by means of second-harmonic generation. Shortly after, she entered the field of neuroscience through postdoctoral positions at the Biological Computation Research Department of Bell Laboratories with Dr. David Tank, and at the Department of Molecular and Cell Biology with Dr. Carla Shatz back at UC Berkley. She then became a tenure-track investigator at the National Institute of Neurological Disorders and Stroke at the NIH. She also held Associate Professor positions at UC San Diego and UC Berkley.

Now, Dr. Feller is a professor of Neurobiology at UC Berkley, and a member of the Helen Wills Neuroscience Institute. The overarching question at the Feller Lab is the role that spontaneous activity of the developing nervous system plays in establishing and shaping mature circuits. To tackle this problem, they use the immature mouse retina as a model system and several methodological approaches, including calcium and glutamate imaging, electrophysiology and anatomical studies. Current lines of research try to find out:

1. What generates and maintains spontaneous activity in the retina (dubbed ‘retinal waves’), and the interplay with intrinsically photosensitive ganglion cells, glial cells, and the formation of vision-forming circuits
2. The development and organization of retinal circuits that mediate direction selectivity