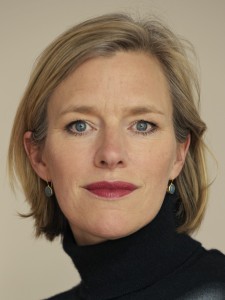 Title of the talk:
The long journey from nonhuman primate vocal communication to human speech.

Julia Fischer studied Biology at the Free University of Berlin where she received her PhD in 1996. As a postdoctoral fellow at the University of Pennsylvania, she conducted 18 months field research on wild baboons in the Okavango delta in Botswana. In 2001, she moved to the Max-Planck-Institute for evolutionary Anthropology in Leipzig. In 2004, she was awarded a Heisenberg Fellowship, and became professor at the Georg-August-University of Göttingen, a joint appointment with the German Primate Center. Julia Fischer is a member of the Berlin-Brandenburg Academy of Science and the Göttingen Academy of Science. She serves as panel chair for the ERC Consolidator Grants funding scheme, in the selection committee for the Humboldt and Sofja-Kovaleswkaja prize of the Alexander-von-Humboldt Foundation, among other duties. In 2013, she received the Werner-and-Inge Grüter Award for Science Communication, acknowledging her activities in the dialogue between science and society. Her book “Affengesellschaft” (Suhrkamp, 2012) earned wide critical acclaim.

Julia Fischer’s research interest centers on the evolution of communication. Communication can be conceived as the use of signals to regulate social interactions by the signaler, the cognitive processing of these signals by the recipient, and the dynamic relationship between signaler and recipient over individual and evolutionary time scales. Accordingly, she takes a comparative perspective to study signaling behavior, specifically in which way it is tied in with the characteristics of the social system of the species. At the same time, she aims to identify the cognitive mechanisms supporting the processing of signals, as well as the decision-making processes that underpin the responses to signals and other relevant information in the environment. She takes into account the influence of specific genes and changes in endocrinological milieu that affect communication and social behavior more generally. Finally, she is interested in the co-evolution of signaler and recipient, and the implications of these dynamics for our understanding of the evolution of language. Her main focus is on the vocal communication of nonhuman primates, but she also studies genetically engineered mouse models and humans. To achieve a comprehensive understanding of the evolution of communication, she combines field work with cognitive testing under more controlled conditions in the lab. Together with her team, she established the field site “Simenti” in the Niokolo Koba National Park in Senegal, where she studies wild Guinea baboons and green monkeys. This research showed that the social system of Guinea baboons differs markedly from that of other baboon taxa, raising intriguing questions about the evolutionary dynamics that give rise to the diversity of primate social systems, and the link of communicative complexity with social complexity.