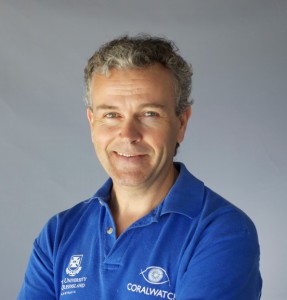 Title of the talk:
Stomatopod vision – an ancient and totally new way to extract information.

Justin Marshall’s principle aim is to understand how other animals perceive their environment. As arrogant humans we tend to assume we are the pinnacle of evolution, however, certainly in sensory terms this is far from true. By taking an approach to sensory systems which is based around ecology but also includes physiology, anatomy, behaviour and neural integration, he hopes to decode languages such as colour and polarisation. As a sensory neurobiologist working in the ocean on animals that are no longer considered “model animals”, his best title is probably a Visual Ecologist.

Much of his work focusses on the marine environment, in particular reef systems and the deep-sea, however he has also published on parrots, birds of paradise and reptiles. As a keen diver he has become acutely aware of man’s influence on the marine environment and now heads CoralWatch, a citizen-science-based coral health assessment program used in 80 countries and translated into 12 languages. Download the App and find out more!