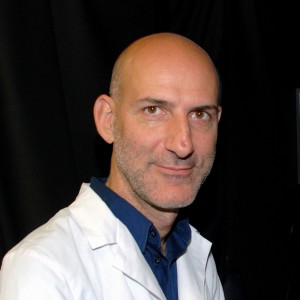 Title of the talk:
Probing Vision, Decision, and Navigation in Mouse Parietal Cortex.

The aim of Carandini’s research is to understand the computations performed by neuronal populations in the visual system, the underlying neural circuits, and the way these computations lead to decisions and actions. A specific area of research concerns how the brain integrates sensory information from the eyes with information from within the brain. Techniques range from electrophysiology to optical imaging, with a focus on large neuronal populations.

Matteo Carandini is the GlaxoSmithKline / Fight for Sight Professor of Visual Neuroscience at University College London. Carandini received an MSc in Mathematics from the University of Rome (1990) and a PhD in Neural Science from New York University (1996). After postdoctoral fellowships at Northwestern University and New York University, he opened his first laboratory at the Swiss Federal Institute of Technology in Zurich (1998). He then moved to the Smith-Kettlewell Eye Research Institute in San Francisco (2002) and finally to University College London (2007), where together with Kenneth Harris he co-directs the Cortical Processing Laboratory (www.ucl.ac.uk/cortexlab). Carandini is a McKnight Scholar (2005), a European Research Council Advanced Investigator (2007), a Wellcome Trust Senior Investigator (2012), and a Simons Investigator (2014).