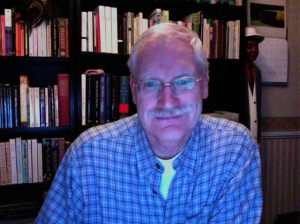 Title of the talk:
Neuronal signals for economic utility

Wolfram Schultz received degrees in medicine and physiology from the Universities of Heidelberg, Germany, and Fribourg, Switzerland. He did postdoctoral work at the Max-Planck Institute for Biophysical Chemistry in Göttingen, SUNY Buffalo and Karolinska Institute, Stockholm, was junior and senior faculty at the University of Fribourg and in 2001 moved to Cambridge University. He was a Visiting Scientist at the Tokyo Metropolitan Institute for Neuroscience and is a Visiting Professor at Tamagawa University and Visiting Research Associate at Caltech, Pasadena. He is a Fellow of the Royal Society, has been awarded several prizes, is a past president of the European Brain and Behaviour Society, and has served on national and international scientific councils and committees.

1966-1973. Studies in medicine, mathematics (1971 Vordiplom=Bachelor’s) and philosophy, Universities of Hamburg and Heidelberg, Germany

Wolfram Schultz is interested to relate the mechanics of brain activity to measurable behaviour. He combines behavioural, neurophysiological and neuroimaging techniques to investigate the neural mechanisms of learning and economic decision making at the level of single neurons and individual brain structures. He uses behavioural concepts from animal learning theory and economic decision theories to study the neurophysiology and neuroimaging of reward and risk in individual neurons and in specific brain regions, including the dopamine system, striatum, orbitofrontal cortex and amygdala.