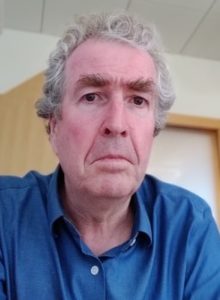 Dr. Timothy Ryan was trained as a physicist, with a master’s degree in experimental particle physics from McGill University. He then studied protein mobility on cell surfaces and signal transduction with Dr. Watt Webb (Cornell University) for his PhD. With his background in physics and biochemistry, he then joined Dr. Stephen Smith (Stanford) to investigate synaptic vesicle recycling.

Over the years, his work has been recognized through distinctions such as The Alfred P. Sloan Fellow in Neuroscience, McNight technological innovations in Neuroscience, NIH Javitz Neurosceince award, and Siegel Family Award for outstanding biomedical research.

Now, Dr. Ryan is a Rockefeller/Sloan-Kettering/Cornell Tri-Institutional Professor at the Weill Cornell Medical College and an HHMI Senior Fellow at the Janelia Research Campus in Ashburn Virginia. His lab works in unravelling how synaptic transmission is controlled. They develop novel quantitative optical tools that give us information about “hidden variables” i.e., aspects of cell biology and physiology that play crucial roles in determining synaptic properties but have not been readily explored. For example: how local bioenergetics and metabolism impact synaptic functioning; how the local action potential waveform is; what the role of the endoplasmic reticulum in the axon is. Dr. Ryan will elaborate during his talk, for which he has kindly provided a synopsis:

“The brain is a metabolically vulnerable organ: interrupting the fuel supply leads to a rapid and drastic decline in brain function.  By developing an approach to measure the concentration of ATP in nerve terminals, we showed that synapses represent one of the likely loci of the brain’s vulnerability. We discovered that synapses to not store sufficient ATP molecules to carry out function when activity increases and must therefore synthesize ATP on demand locally. In the last several years we have worked out some of the mechanisms that link activity to ATP production: blocking these regulatory pathways leads to rapid block of synapse function as if they were provided no fuel. I will describe our current work unravelling both the mechanistic aspects of this regulation as well as new clues we have obtained regarding the bio-energetic costs of different aspects of presynaptic function.”