In addition to being a platform to learn from leading scientists and experts, Neurizons 2020 also provides an opportunity to engage in debate and discussion in the form of a panel discussion. This year’s topic was Natural vs. Artificial intelligence. 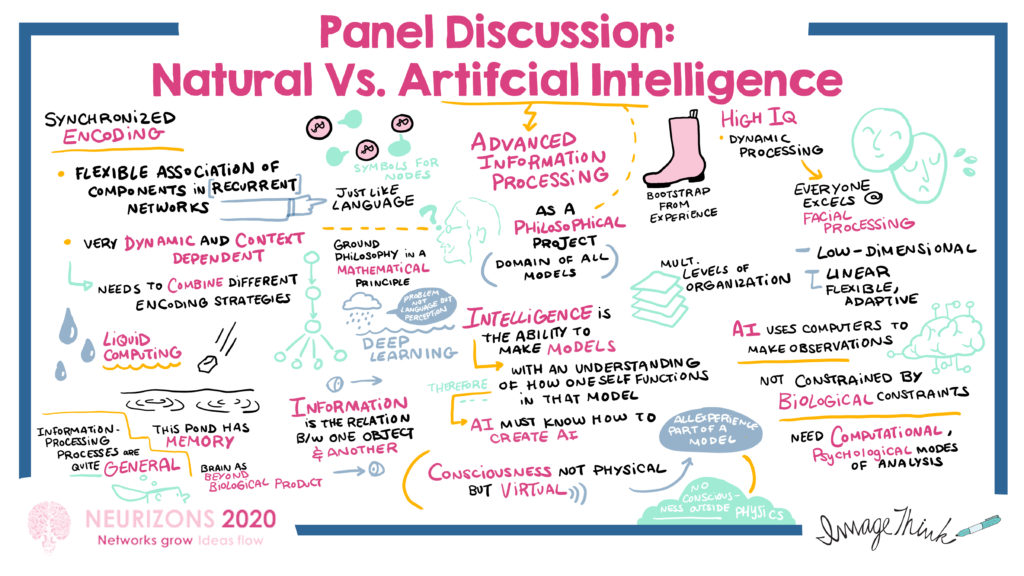 Each speaker gave a 10-minute talk on their perspective on the topic, and it was followed by a 30-minute discussion between speakers and the audience.

About the panelists and the moderator 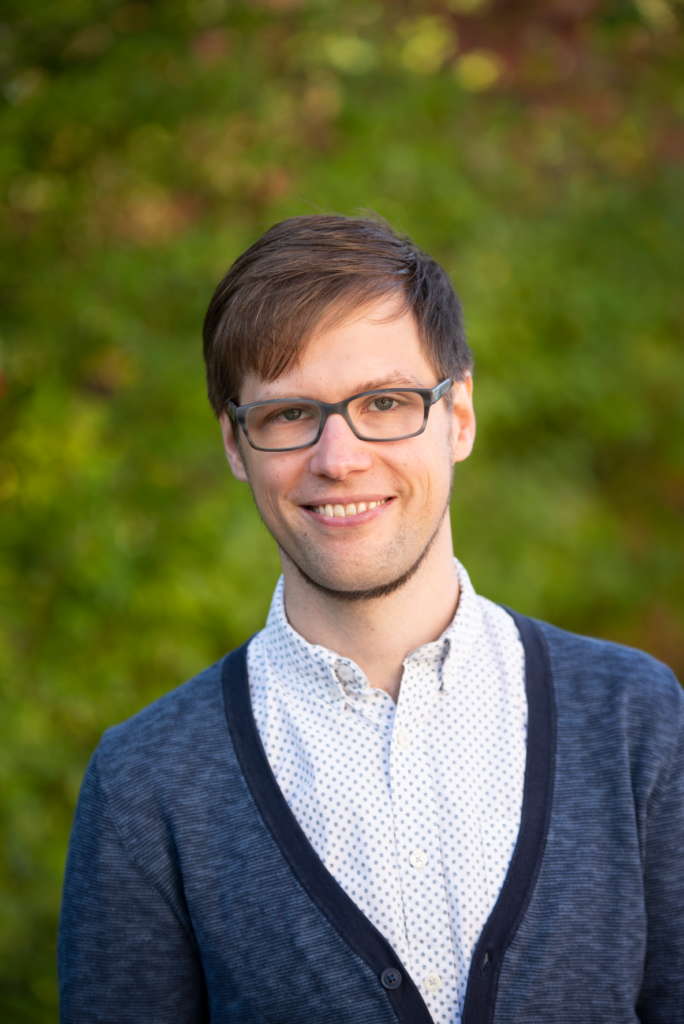 Dr. Caspar Schwiedrzik is currently a group leader of the Neural Circuits and Cognition Lab at the European Neuroscience Institute- Goettingen and also the Perception and Plasticity Group at the German Primate Center in Goettingen, Germany. The work in his lab encompasses studying learning, generalization and predictability in perception.  He conducted his doctoral research at the Max Planck Institute for Brain Research, in Frankfurt, Germany with Dr. Wolf Singer, focusing on the role of previous experience in visual perception. Following this, he conducted his post-doctoral research at The Rockefeller University, New York, USA with Prof. Winrich Freiwald, focusing on plasticity and connectivity of the macaque face processing system.

His lab currently focuses on learning; a core building block of intelligent behaviour, which endows complex systems with flexibility to adjust to changing environments, and with the capacity to generalize to novel situations. The lab investigates learning in vision at multiple time scales, from learning effects that build up within seconds to learning effects that take days and weeks to materialize, and across levels of complexity, from learning to discriminate simple visual features to high-level associative and statistical learning. To this end, the lab capitalizes on combining noninvasive neuroimaging with electrophysiological recordings and causal manipulations of brain activity in non-human primates, and parallel experiments using electrocorticography and fMRI in humans. The overall goal is to determine the neural basis of the visual system’s capacity to learn and generalize through an explicitly comparative approach – a necessary step towards understanding the human mind and its complexity. 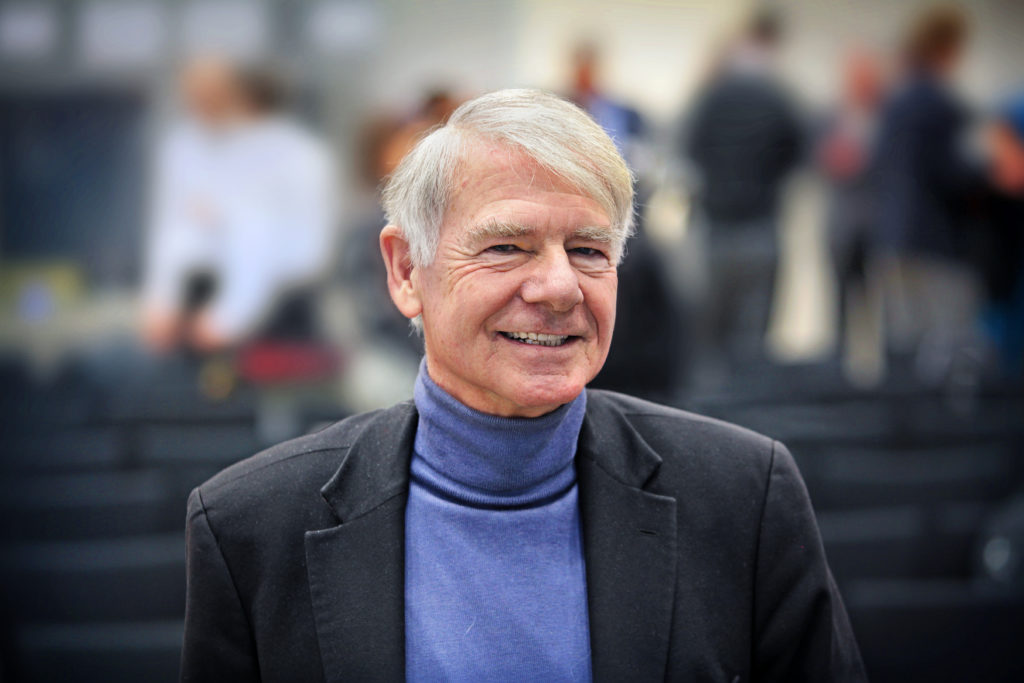 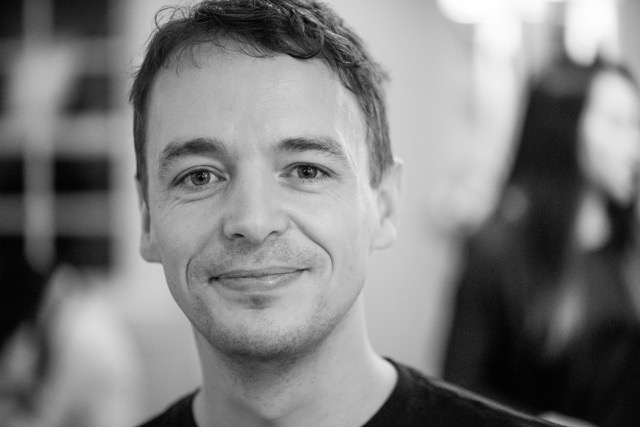 Dr. Joscha Bach studied Computer Science and Philosophy at the Humboldt University of Berlin for his master’s, with a focus on AI and models of cognition (under Dr. Hans-Dieter Burkhard). He also studied Computer Science at the University of Waikato in New Zealand, with Dr. Ian Witten, where he used neurolinguistic programming to analyze the structure of text. Dr Bach completed his doctorate degree at the Institute of Cognitive Science in Osnabrück, where he worked on cognitive architectures and AI. He then researched models of motivation and AGI at the MIT Media Lab, as well as cognitive modeling and request confirmation networks at Harvard University.

Dr. Bach now works as VP of Research at AI Foundation in San Francisco. His main focus of research lies in Artificial General Intelligence. He is interested in models of perception, autonomous agency, general principles of learning, and the architecture of human motivation.

Dr. Bach views Artificial Intelligence as two very different things: a very active field of research into advances in information processing, and a daring, complicated, and extremely important philosophical project. Conflating these two topics has led to a lot of confusion in the perception of the field, and its role in the cognitive sciences. He believes that intelligence may be best understood as the ability to make models, usually in the service of solving problems. As we are currently witnessing the second era of AI, which is no longer focused on writing algorithms to solve problems, but on algorithms that learn how to solve problems by themselves, Dr. Bach is interested to see if this will be followed by an era of meta-learning: systems that learn how to learn. Some problems are so general that they require modeling the observer and its relationship to the environment, which is a precondition for a sentient system and general intelligence. According to Dr. Bach, at the moment, the biggest unsolved problem in AI may be the creation of a unified model of the world: a fully connected universe that also contains a model of the observer. Making progress on this problem will likely lead to a direction in which natural and artificial intelligence meet. 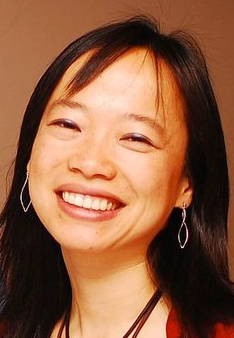 Dr. Angela Yu obtained her bachelor’s at Massachusetts Institute of Technology, where her research focused on mathematical modeling of neuronal computations. During her PhD at University College London, she modelled the effects of different forms of uncertainty on learning and inference; and showed how these computations are carried out in the brain. She then worked on computational modeling of cognitive functions under the supervision of Prof. Cohen at Princeton University.

Dr. Yu’s lab uses a combination of mathematical modeling and behavioral experiments in order to understand the nature of representation and computations that give rise to intelligent behavior. She is particularly interested in the challenges posed by inferential uncertainty and the opportunities afforded by volitional control.

She believes that natural and artificial intelligence have a long and fruitful history of cross-fertilization, with some of the most impressive advancements in modern AI coming from biologically-inspired neural networks, and some of the best algorithmic models of neuronal processes inspired by machine learning algorithms. However, when it comes to answering the question of what intelligence is, we still flounder, not fully understanding. Current neuroscience and AI focus on what David Marr called the computational level of analyses, which Dr. Yu thinks we are still missing. By characterizing formally the goals of intelligence and the tasks an intelligent agent is supposed to solve, we can progress in both fields synergistically.

Prof. Frank Jäkel was a PhD student at the Max Planck Institute for Biological Cybernetics in Tübingen, Germany. There, he worked on the mechanisms behind categorization in humans and machines. He continued as a post-doc at Technische Universität Berlin, improving psychophysical methods, before moving to the Massachusetts Institute of Technology, where he focused on computational cognitive science. Dr. Jäkel also has experience outside of academia, as he worked as a consultant for data science and Artificial Intelligence.

He is now a Professor at Technische Universität Darmstadt, where his lab studies how new concepts are learned, how these concepts are rooted in perception, and how concept formation interacts with problem solving. His general approach is to combine insights from experimental psychology and artificial intelligence (machine learning in particular) to build models of higher cognition.

Prof. Jäkel believes that to understand intelligent behavior in humans and other animals, it is crucial to build artificial systems that can behave similarly. However, artificial intelligence is most useful when it is used as a cognitive tool that complements rather than mimics natural intelligence.